Tom Rinaldi’s The Red Bandanna is the featured book for discussion in New Palestine. It's the true story of Welles Crowther, whose actions on 9/11 offer a lasting lesson on character, calling and courage.

You are encouraged to read the book in advance. Please ask for a copy at the information desk.

Book jacket description:
One Sunday morning before church, when Welles Crowther was a young boy, his father gave him a red handkerchief for his back pocket. Welles kept it with him that day, and just about every day to come. It became a fixture and his signature.

A standout athlete growing up in Upper Nyack, NY, Welles was also a volunteer at the local fire department, along with his father. He cherished the necessity and the camaraderie, the meaning of the role. Fresh from college, he took a Wall Street job on the 104th floor of the South Tower of the World Trade Center, but the dream of becoming a firefighter with the FDNY remained.

When the Twin Towers fell, Welles’s parents had no idea what happened to him. In the unbearable days that followed, they came to accept that he would never come home. But the mystery of his final hours persisted. Eight months after the attacks, however, Welles’s mother read a news account from several survivors, badly hurt on the 78th floor of the South Tower, who said they and others had been led to safety by a stranger, carrying a woman on his back, down nearly twenty flights of stairs.  After leading them down, the young man turned around.  “I’m going back up,” was all he said.

The survivors didn’t know his name, but despite the smoke and panic, one of them remembered a single detail clearly: the man was wearing a red bandanna.

Tom Rinaldi’s The Red Bandanna is about a fearless choice, about a crucible of terror and the indomitable spirit to answer it. Examining one decision in the gravest situation, it celebrates the difference one life can make. 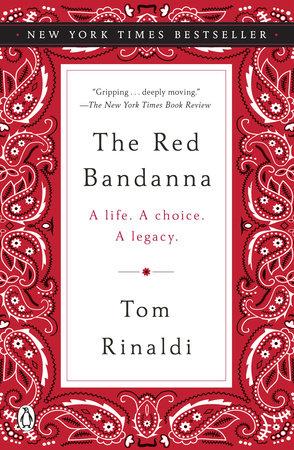 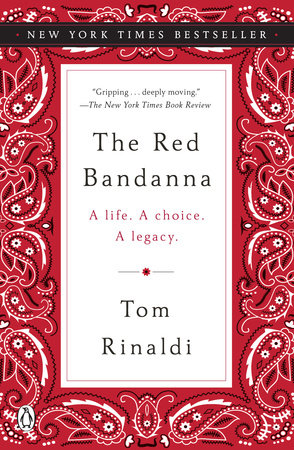