Want to be reminded about this event? Complete the form below to have an email notification sent to you 24 hours prior to the event.

Teens (ages 13-18) join a discussion of The Final Six, by Alexandra Monir, during this month's Teen Book Club on our Discord server, HCPL Teen Room.

Check out a copy of The Final Six from our Greenfield or Sugar Creek location to read before the virtual meeting. Or download a digital copy from Hoopla.

Not on our Discord server yet? See how to join on our Teen Blog.

When Leo, an Italian championship swimmer, and Naomi, a science genius from California, are two of the twenty-four teens drafted into the International Space Training Camp, their lives are forever altered. After erratic climate change has made Earth a dangerous place to live, the fate of the population rests on the shoulders of the final six who will be scouting a new planet. Intense training, global scrutiny, and cutthroat opponents are only a few of the hurdles the contestants must endure in this competition.

For Leo, the prospect of traveling to Europa—Jupiter’s moon—to help resettle humankind is just the sense of purpose he’s been yearning for since losing his entire family in the flooding of Rome. Naomi, after learning of a similar space mission that mysteriously failed, suspects the ISTC isn’t being up front with them about what’s at risk.

As the race to the final six advances, the tests get more challenging—even deadly. With pressure mounting, Naomi finds an unexpected friend in Leo, and the two grow closer with each mind-boggling experience they encounter. But it’s only when the finalists become fewer and their destinies grow nearer that the two can fathom the full weight of everything at stake: the world, the stars, and their lives. 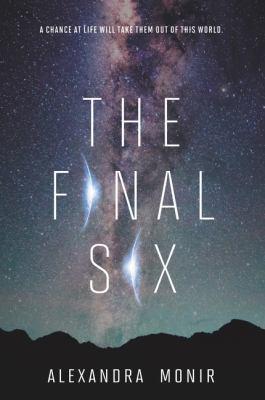 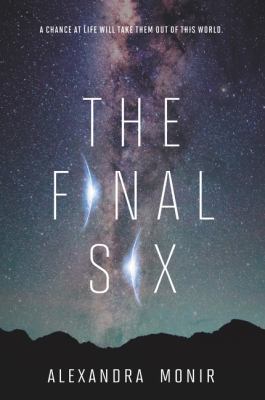