Paul McNeil will lead a discussion of Lindsey Hilsum's biography In Extremis: The Life and Death of the War Correspondent Marie Colvin. Participants are encouraged (but not required) to read the book in advance. Ask for a copy at the library’s information desk.

Acclaimed international reporter Marie Colvin (1956–2012) worked for the London Sunday Times from 1986 until her death, fearlessly covering the lives of citizens caught in the crosshairs of war. Hilsum offers an engrossing biography based on Colvin's personal journals and more than 100 interviews that describe her childhood in Long Island, her years at Yale University, her rocky marriages, and her career as a reporter. This book shines when focused on Colvin's coverage of hot spots, including Beirut, Chechnya, Sri Lanka, and Syria, where she was targeted for death by President Bashar al-Assad. She lost an eye to shrapnel in Sri Lanka, which led to PTSD, depression, and alcohol abuse, all of which plagued her for life. Snippets of Colvin's reporting woven throughout the text provide an appreciation for her sparse, moving prose. VERDICT This un-put-downable account will inspire future journalists, especially women, and should find wide audiences among those interested in global crises and international affairs. 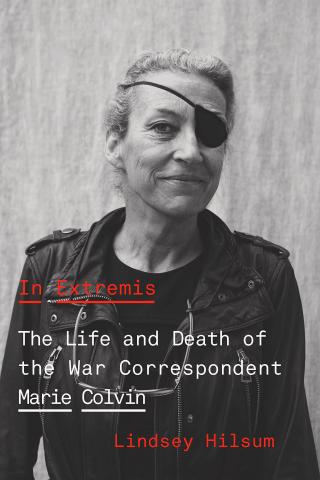